The British Veterinary Camelid Society (BVCS) are holding their Annual Conference in October at the Beaumont Estate, Windsor and there will be an Owners Conference running alongside on Sunday 11th October 2015. With Daniela Benedice from Tufts Cummings School of Veterinary Medicine in the US plus leading UK Camelid Vets covering a variety of topics, it is a day not to be missed. Dr Benedice is an Emergency, Critical Care and Medicine specialist with lots of camelid experience and she’s never spoken in the UK before so this will be a great opportunity to learn some fresh material. 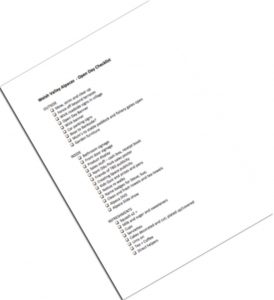 Busy time preparing for an open day – lists help but you do have to read them.

Here is a list for you if you are coming:

Looking forward to seeing you on the day, or some time soon! 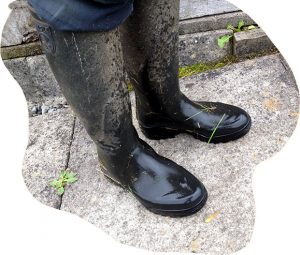 They may not be related but alpaca cria seem to share the passion for 3rd breakfasts!

She definitely likes the idea of 3rd breakfasts (note reference to the Hobits in the Lord of the Rings film in case I am confusing you).

If you are interested in seeing alpaca fleece, talking about its use and chatting to others with an interest in alpaca fibre then pop in for coffee and cakes during our open house event on Saturday 22nd November, 11am-3pm.

We will also have alpaca socks for sale – great idea for Christmas presents – and examples of wet felting. And of course the alpacas will be on hand…or at least in the field!

Alys is quite a character.

OK now but retired from the breeding list because of the likelihood of recurrence when pregnant. Shame because she is a good mum and desperate to have her own cria – when we take them over to the field Bankside, she snorts and gallops up hill as fast as she can to prance around where the boys can see her.

It obviously got too much at one point with the new cria arriving in the summer and one night she was chasing and biting one of them and not just a friendly nibble. Thought I might have to separate her off from all of the cria but thankfully she soon settled again. Something to watch for though.

She does do the friendly nibble of me – usually when she feels I am being slow getting food into a bucket she can access.

Yesterday was a first – when filling the water trough in the field, I was pouring the water in from a 20 litre container but steadily so it did not splash everywhere. She likes fresh water anyway but was fascinated by the water stream and kept sticking her nose in it and trying to drink from it as it was pouring in. She kept coming back time after time so it was clearly not accidental.